Each year, between 6 300 and 8 000 drug-induced deaths are reported in Europe. In the 20 years since the European Monitoring Centre for Drugs and Drug Addiction (EMCDDA) started reporting on the drug situation, we have counted more than 140 000 drug overdose deaths. This is a conservative figure; the real number is likely to be much higher. Opioids, mainly heroin or its metabolites, are present in most overdose cases and we can say with confidence that these drugs account for the large majority of overdose deaths.

With appropriate intervention many opioid overdose deaths may be preventable. Naloxone is a life-saving overdose reversal drug that rapidly counteracts the effects of opioids. It has been used in emergency medicine in hospitals and by ambulance personnel since the 1970s to reverse the respiratory depression caused by opioid overdose, and it is included in the World Health Organization’s list of essential medicines. 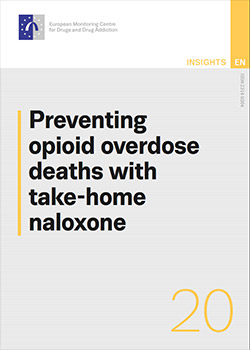