Opioids are potent respiratory depressants, and overdose is a leading cause of death among people who use them. Worldwide, an estimated 69 000 people die from opioid overdose each year. The number of opioid overdoses has risen in recent years, in part due to the increased use of opioids in the management of chronic pain. In 2010, an estimated 16 651 people died from an overdose of prescription opioids in the United States of America alone.

Opioid overdose is treatable with naloxone, an opioid antagonist which rapidly reverses the effects of opioids. Death does not usually occur immediately, and in the majority of cases, overdoses are witnessed by a family member, peer or someone whose work brings them into contact with people who use opioids. Increased access to naloxone for people likely to witness an overdose could significantly reduce the high numbers of opioid overdose deaths.

Published in 2014 by World Health Organization 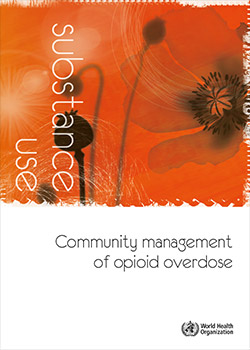