Stress could increase risk of heroin addiction and relapse. Genetic factors that associated with stress may be involved in this process. To explore the relationship between stress pathway gene (CRHR1nCRHBP) polymorphisms and heroin dependence, nine tag single nucleotide polymorphisms (CRHR1 rs12953076, rs4458044, rs242924, rs17689966; CRHBP rs1715751, rs3792738, rs32897, rs10062367, rs1875999) of stress related genes were genotyped by TaqMan SNP genotyping assay for 524 heroin-dependent patients who were abstinent and 489 normal controls. The patients were followed up for 5 years to determine whether relapse or not. Life stress was assessed by Perceived Stress Scale (PSS) at baseline and within 12 months just discharged. No differences were found in the frequencies of genotypes and alleles in nine loci of stress pathway genes between case and control groups (p > 0.0 5), but there were significant discrepancy in perceived stress scores in genotype distributions. Multivariate regression analysis revealed that CRHBP gene polymorphism rs3792738 had interactions with life stress during predicting the risk of heroin relapse. It was concluded that the predictive value of a genetic interaction with the stress axis for the risk of heroin relapse may be useful for future preventive and individualized therapeutic strategies.

Published in 2018 by Journal of Clinical Neuroscience 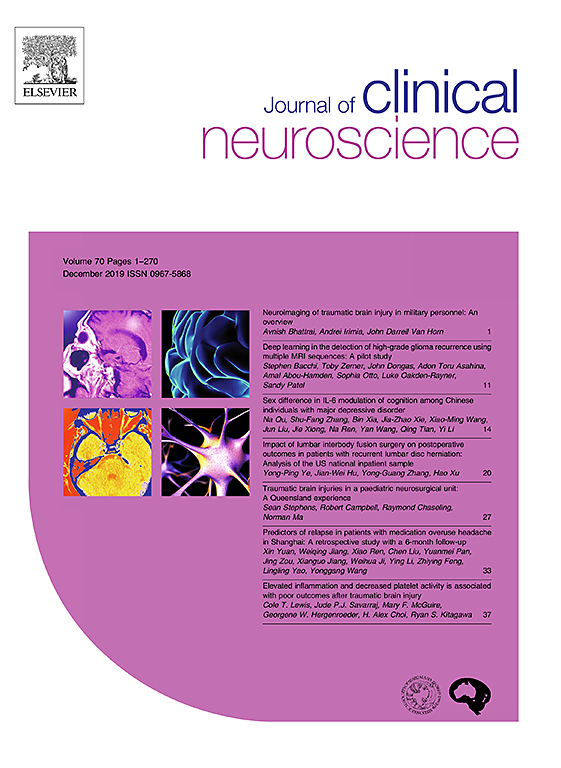